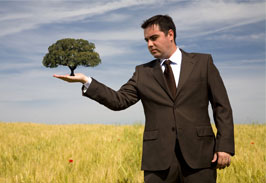 If you wish to write and/or publish an article on Operation Disclosure a ll you need to do is send your entry to [email protected] applying these following rules.

Dear Readers, This site will now operate under a different URL ( https://operationdisclosure1.blogspot.com/ ) due to specific issues. It i. 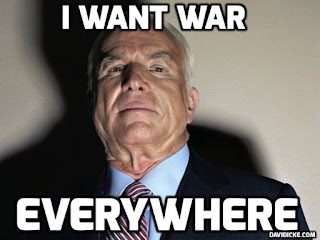 A lot has happened in the month of July. Jeff Sessions still wants to put Medical Marijuana patients in prison. Crazed, entitled and racist Israeli settlers stormed the Temple Mount murdering and wounding hundreds of unarmed Palestinians. It was a typical confrontation between the Palestinians and the Israeli’s. The Palestinians threw rocks and the Israeli’s retaliated with tear gas, bullets and stun grenades. The corrupt Congress insanely passed new sanctions against Russia for the unproven charge of hacking the DNC and annexing Crimea, even though during the campaign the President appeared to suggest he would recognize Russia’s annexation of Crimea. He also said he would normalize relations with Russia. He has allowed phony accusations of Russian collusion to completely thwart his agenda. The truth is that Crimea decided to side with Russia after the US/NATO/Israeli backed coup that took down the duly elected president of Ukraine, Victor Yanukovych. The US admittedly spent $5 billion to destabilize Ukraine and support violent and racist groups like the neo Nazi’s who make up the powerful Svoboda Party. Jewish billionaire and admitted WWII Nazi collaborator George Soros has also conceded to spending billions destabilizing Ukraine. Soros billions are currently being used to destabilize America and take down our duly elected President. Jerome Corsi reported that John “Traitor” McCain has been funded by George Soros since 2001.

If history has taught me anything, I would say as an astute observer of the political landscape that Donald Trump is about to get Nixoned or Kennedied by the Deep State. War with Russia and or a collapse of the dollar appears to be right around the corner and despite all those stitches, it appears Traitor John still has a hole in his head. Right after brain surgery McCain, swollen head and all, hopped a red eye back to DC just in time to spoil Mr. Trump’s health care party. McCain’s single vote killed Obamacare repeal, thanks to the 7 Republicans who campaigned to repeal Obamacare but voted with Traitor McCain. I wouldn’t mind if he did it because he knows that Obamacare and Trumpcare are both nothing but a $200 to 300 billion bailout for the Insurance Companies. But as usual, McCain is just doing his global masters bidding as an obstructionist to everything Trump is trying to accomplish.

Traitor McCain also back stabbed his Republican constituents and the voters who put him in office by voting to continue funding Planned Parenthood. He once again was the deciding vote to push through another program he had promised to defund. He helped approve new sanctions against, Iran, North Korea, and Russia. That must have made climbing out of his death bed more than worth it for the insane senator from Arizona. In the past, the European Union countries would have dutifully gone along with additional sanctions but I don’t expect them to take these laying down. Sanctions against Russia hurt the EU as much or more than they do Russia and the US is in no position financially to make it up to them. Iran is abiding by their agreements with the US so this appears to be collective punishment against the Iranian people. Their controllers in Israel will be pleased. And Unless Trump wants all out war with North Korea he had better understand that diplomacy rather than weekly threats should be made a priority. Diplomacy is the only way forward as North Korea will be much different than laying waste to Syria or Iraq. North Korea boasts an Army of 1.1 million service members and nearly 8 million reserves. They currently have 563 Combat aircraft, 72 Submarines, and they have Nuclear weapons and an effective delivery system.

Another story that has been out there since last year on the internet that finally broke through on the mainstream networks is the arrest and investigation of Democratic National Committee IT Specialist Imran Awan from Pakistan. Mr. Awan, his wife, sister-in-law, his best friend and 2 of his brothers have been working highly paid jobs for a number of Congressman and women including the former head of the DNC Debbie Wasserman-Shultz. The Awan’s were all making around $160,000 per year with Imran’s wife making $168,000. Abbas Awan was 20 years old and had recently been fired from Mcdonald’s when he was hired as an IT Specialist at roughly the salary of a congressional chief of staff. How did these people pass the necessary security background checks? Will we ever get the truth?

There is speculation that the Muslim Brotherhood connected Awan and the Jewish Wasserman-Schultz was having an affair. He was in possession of one of her laptops, had all of her passwords, had access to classified documents and also was sent $100,000 from an Iraqi politician with known ties to Hezbollah. Politico reported that the Awan’s, who rarely ever came into the office, are accused of stealing equipment from House members offices without their knowledge and committing serious, potentially illegal, violations on the House IT network. As administrators, the Awan’s had access to all of the incoming and outgoing e-mails for every member they worked for. Imran’s brothers and his wife were all fired during the 9-month investigation, but Imran was strangely still working for Wasserman-Shultz right up until smashed computers and hard drives were found in his home, and his arrest for bank fraud less than a week ago at Dulles International Airport while trying to flee the country. Since Awan’s arrest, Wasserman-Shultz has lawyered up and gone into hiding.

Awan has been charged with bank fraud. Sound more like Blackmail and Muslim booty calls to me.Why didn’t Wasserman-Schultz cut him loose back in February when the rest of the Awans were fired? I guess we’ll have to let the investigation play out right? Well maybe not. It was just recently announced that the Prosecutor that will handle this case is Steve Wasserman, Debbie Wasserman Schultz brother. Mr. Awan’s Attorney Chris Gowen has deep ties to the Clinton’s and has worked for both Bill and Hill. On top of all of that, Rod Wheeler the Detective hired by Seth Rich’s family to look into his murder recently said that Imran had the highest level of security and could possibly be behind the so called Russian hacking that the Dem’s have been pushing. In addition, Seth Rich was at a party at a DC bar the night before he was murdered and is standing right behind Imran in a group photo taken that evening. Will there be a real investigation? We will know soon enough.

Trump Chief of Staff, Reince Priebus, has recently resigned and I say good riddance. Trump insider, Roger Stone has said that Priebus was behind bringing in Deep State stooge Robert Mueller on as special counsel, which has irked the President to no end. I’ve long suspected Priebus has been a source of leaks coming from the White House and anyone who is best pals with Paul Ryan should not be allowed anywhere near the Oval Office. I’m also sick and tired of Jeff Sessions. Sessions told Tucker Carlson the other night that,”He has made decisions that are consistent with the rule of law, and an Attorney General who doesn’t follow the rule of law cannot be effective in leading the Department of Justice.” Really Jeff? rule of law? How about states rights? He once believed in states rights. Way back during the campaign. But how can we expect him to remember 8 or 9 months ago when he doesn’t even remember telling Congress 5 month’s ago that he would not be going after states that have legalized Cannabis. In a move, July 27th, 2016 a Senate panel voted to blocks Justice Department from interference with medical Marijuana laws. The war on medical Marijuana is ending even if Jeff Sessions isn’t aware of it yet.

The American people are constantly told to support the troops. They are fighting for freedom and democracy” we are told. The truth is the United States is partnered with terrorists and thugs in hotspots around the globe. We aren’t spreading freedom and democracy, that’s the lie we are told to keep us from looking into the real reasons we are spreading death and destruction around the globe. We are allied with a criminal racist regime in Ukraine, where our politicians are already sending arms planning a larger war. We are arming and supporting terrorists in Syria including ISIS, Al Qaeda, and Al Nusra Front. Assad isn’t killing his own people in Syria. American backed terrorists are slaughtering Muslims and Christians alike. All of the horror stories we have heard about these terror groups have been cooked up in Israel and carried out by the US Pentagon, American controlled terrorists and highly paid mercenary groups. We armed the terrorists in Libya and turned that country into hell on earth, just like we did in Iraq. A war planned for Israel long before 911. I see Nikki Haley is calling for regime change in Venezuela. I guess no one has told her that the US CIA has been destabilizing that country for the last two decades. Poor Nikki Haley. Wrong about everything and a Neo Con’s dream. Another national disgrace in the making ready to fill Traitor McCain’s shoes.

The Media is controlled by the Deep State. CNN is calling the Awan investigation a conspiracy theory. MSNBC and CBS haven’t covered it at all, and while Fox News has mentioned it, very few of the known facts of the case are mentioned. All of the networks use a classic disinformation tactic that the CIA calls a “limited hangout”. Intelligence jargon for revealing certain aspects of a case, information or evidence, to try and confuse and/or prevent discovery of other more important information. The Deep State won’t stop with the phony Russian Hacking investigation. If Mueller is unable to dig up any dirt or manufacture something that sticks, our controllers are capable of anything. The Deep State agenda will not be delayed because Trump wants to do the right thing. They will never allow normal relations with Russia. These new sanctions will eventually kill important relationships in the EU and push Russia and China further from the use of the Petrodollar. China and Russia have made long term commitments to Assad and Syria and expect the same will happen in Ukraine when the Pentagon starts saber rattling there again in the near future. The Deep State is dangerous when backed into a corner and if Mueller comes up empty or if a real investigation comes from the Awan case, watch out.

Comments Off on Mccain deep state