While recently perusing the internet instead of studying, I came across something that chilled me to my very core. Most people are probably familiar with The Berenstein Bears, a series of books about a family of bears who teach life lessons to young children. 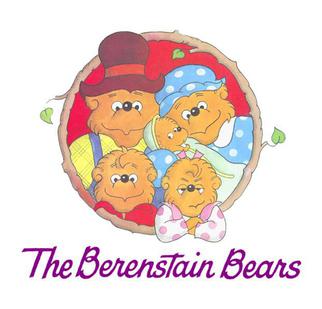 Who could forget such well written and unique characters as Mama Bear, Papa Bear, and Brother Bear?

I’d never been a huge fan of the Berenstein Bears, but I’d certainly seen them a lot throughout my childhood. I probably even owned a book or two. There was nothing especially memorable or unique about this series except…

Wait a minute, something seems weird here. Why do the Berenstein Bears seem weird?

What the heck is weird about this? I don’t…OH MY GOSH.

THAT IS NOT AN E!

I just learned a few days ago that The Berenstein Bears are not now, nor have they ever been, spelled with an e. They are not The BerenstEin Bears, but the BerenstAin Bears. And that is how I got introduced to the first conspiracy theory that I’ve been somewhat willing to believe in years.

Welcome to The Mandela Effect, one of the creepiest things on the internet.

The Mandela Effect is a theory put forth by an author and paranormal consultant named Fiona Broome. The Mandela Effect tries to explain the reasoning behind the fact that many thousands of people have clear memories of common events or items that contradict the truth. For example, despite the fact that The Berenstain Bears have always been spelled with an A, many people vividly remember them them having been spelled with an E. According to Ms. Broome, a parallel reality exists where the Berenstein Bears were spelled with an E, and there has been some kind of merger / cross over between that reality and the one we currently inhabit. A common alteration to this theory (which I find equally intriguing and possible) is that someone has traveled back in time, and this caused a butterfly effect which made small changes to our timeline.

Let’s take a step back here. When I look at this:

It fills me with a serious dread that something is very wrong. I clearly and vividly remember that the Berenstain bears were spelled with an e. Seeing it spelled this way just seems unnatural and hints that something isn’t right with the world. But logically, I know there’s a simpler explanation than parallel universes and altering timelines. -stain is not a common ending to names, whereas -stein is. (Think Einstein and Frankenstein, two names kids are exposed to a lot.) It makes sense that many peoples’ brains would play a trick on them and misremember the name. But The Mandela Effect wasn’t just created to explain The Berenstein Bears. It was actually named after another very commonly misremembered event: Nelson Mandela’s Death.

In reality, Nelson Mandela died on December 5, 2013. Yet many thousands of people remember him dying in prison in the 1980s. Here are a few comments from The Mandela Effect’s website:

Both my wife and I remember Nelson Mandela dying in prison. Included in this memory are the funeral snippets on TV and a legal flap over book rights involving his Widow.

I also remember reading the newspaper and all the whoopola about Nelson Mandela dying on tv. I remember the banners at his funeral.

I saw this subjected posted on another site with a link to this site. My mom and I both also “remember” Mandela dying in prison…

There are plenty of other examples of The Mandela Effect Many people vividly remember Billy Graham passing around 2009, being taught that there were more than 50 states, and seeing a portrait of King Henry VIII which was never actually painted. 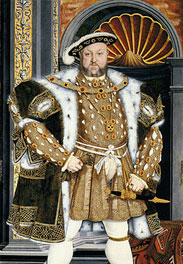 Many people remember this portrait having a turkey leg and goblet.

Again, I consider myself a very skeptical person. Logically I know that all of these false memories are most likely due to our minds playing tricks on us. But still, for many people seeing that King Henry portrait or Berenstain Bears fills them with a sense of dread. Maybe there are actually parallel universes out there or someone did manage to travel back in time and make some changes to our timeline. You would think the changes would be more widespread and many more people would share the false memories, but who knows.

All I know is that if you’re alone on a rainy night and want to get creeped out, you should read about the Mandela Effect.