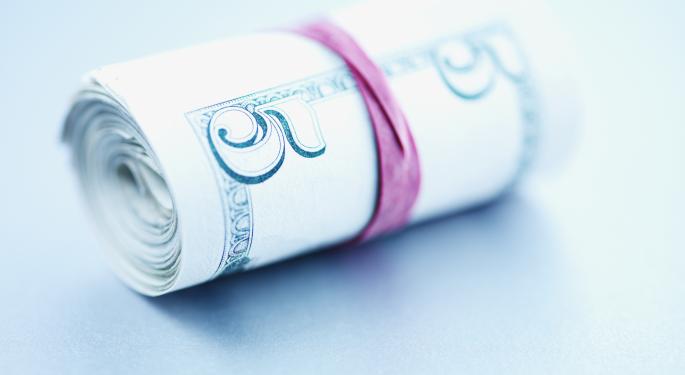 Most mutual funds are not allowed to buy stocks trading below $5, these equities are often too risky for hedge funds and these companies are typically covered by just a couple analysts, if any.

The low profile these of these companies makes them some of the best value plays around. However, there is significant risk in buying small equities.

Not only will the standard deviation of return for these issues be higher as the small float allows them to be pushed around, but there are several reasons the stocks should be priced at $5. They firm could be going out of business, there could be fraudulent activity and a high amount of uncertainty could make it hard to predict future cash flows.

The companies on this list have several characteristics in common.

To reduce risk: the current ratio (current assets/current liabilities) is greater than one, institutions have not cut their positions by more than five percent in the most recent quarter, and cash flows have increased in the past 12 months versus the previous 12 months to ensure these companies are not value traps. To find value: Price/book and Price/equity were used.

Founded in 2003, LifeVantage (NASDAQ: LFVN) has grown its sales to over $200 million per year. The company researches and sells scientifically validated anti-aging products. The company is currently researching an oxidative stress product.

Revenue rose 65.1 percent year over year although income dropped 33.3 percent from $12 million to $8 million. SG&A expenses are responsible for most of the drop, making up 68.3 percent of 2013 sales and 76 percent of 2014 sales. The company says this increase was to support infrastructure and personnel. Regardless, scalability is one concern for the business.

LifeVantage has a high price/book, but does well on all other metrics tested. Cash flow grew 2.63 percent in the last year, putting the company in the 95th percentile for the industry, return on equity is 49.71 percent and institutional ownership has risen 9.08 percent.

2014 has been a strong year for large cap shippers, however Ultrapetrol (NASDAQ: ULTR) has dropped almost 22 percent.

Because of seasonality in the business, annual financial statements give better insight as to how the company is performing versus quarterly statements. Revenue is up 31.3 percent year over year and income jumped from a $64 million loss to $7 million gain. Shares have reacted very positively over that period (shares up almost 40 percent), but the company is still cheap when compared to peers.

The price/book is just 1.02, limiting downside, forward PE is 11.8 and positive cash flow growth puts Ultrapetrol in the 87th percentile of the industry.

Zix (NASDAQ: ZIXI) offers email encryption and data loss prevention technologies for companies that have employees bring their own devices (ie Laptops) to the workplace. The company launched a mobile solution in 2013. According to research firm IBISWorld, “The increasing trend of employees using their own mobile devices in the workplace, dubbed bring-your-own-device (BYOD), has led to numerous security concerns. As businesses accept the benefits of increased employee satisfaction, lower operational costs and productivity gains achieved by instituting a BYOD policy, they will increasingly demand mobile security software.”

Zix has an impressive current ratio of 1.4 and very little long term debt ($2.9 million with annual earnings of $10.5 million). These two factors take a lot of risk out of the company by making it less susceptible to downturns in sales. Institutions have cut their stake by 1.54 percent for the most recent quarter. Although this figure is slightly alarming, it is not enough to discourage taking on a position.

Although gold miners have performed well in 2014 as measured by the Market Vectors Gold Miners ETF (NYSE: GDX), these companies are down 47 percent since the start of 2013. Margins were crushed over this time period as gold futures fell from their peak of $1,923.70 to las low as $1,179.40.

Gold Fields (NYSE: GFI) is actually trading at just 0.8 times book value. The company also has one of the strongest increases in cash growth in the industry for the past year versus the previous year at 1.09 percent.

In addition, gold has proven support just below the $1,300 level, which should help prices from falling. Geopolitical and equity markets are also likely to put upward pressure on the price of the commodity (and subsequently Gold Fields).

Comments Off on Best stocks under $20