Avril Lavigne and Paul McCartney are alive, Katy Perry is not JonBenet Ramsey, Khloe Kardashian is a Kardashian and Beyonce Knowles really was pregnant with Blue Ivy Carter. Despite these all being the truth, these are conspiracy theories with mountains of “evidence” to “prove” otherwise.

Some celebrity conspiracy theories are really shocking, others are silly. And they are not all not true.

Surprisingly, some of these theories pre-date the internet. They circulated through magazine articles and word-of mouth. In late 1969, the “Paul Is Dead” rumor spread through Beatles fans without the help of Twitter or Facebook.

Get your tin hats out and scroll on for a look at 10 celebrity conspiracy theories.

Easily the most famous celebrity conspiracy theory, the idea that Paul McCartney died in a car crash in 1967 began gaining traction in late 1969. Suddenly, Beatles fans were combing over every album cover and every song to find clues to prove McCartney died. Thankfully, that is not the case and McCartney continues to record. 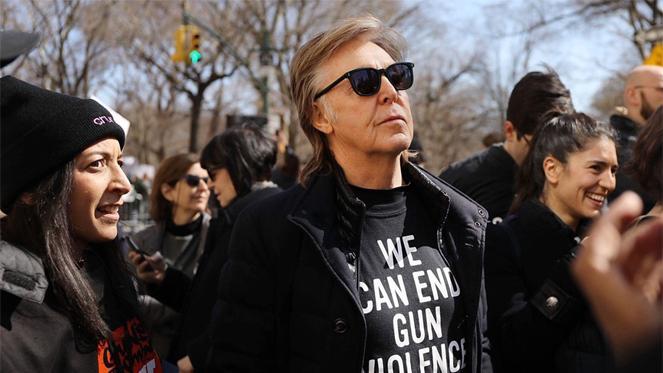 The “Avril Lavigne is Dead” theory dates back to a 2012 blog based in Brazil. The blog claimed Lavigne took her own life after the release of her second album in 2004, and her career has been kept alive by a fake. 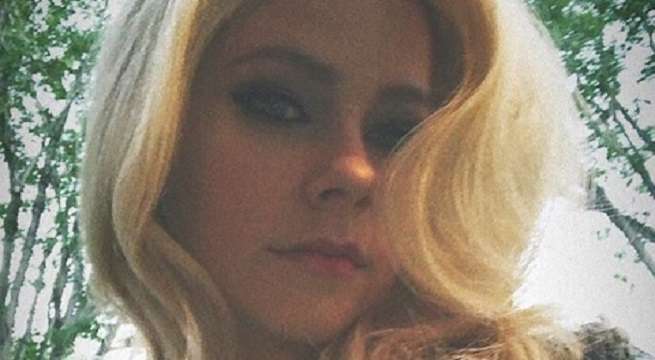 This is not true, but when Levigne appeared looking very different a few weeks ago, the theory came up again. In reality, Lavigne was just coming back into the public spotlight four years after she was diagnosed with Lyme disease and wore different makeup.

Because of footage from an Australian TV interview where her baby bump appeared to deflate, rumors that Beyonce Knowles was never pregnant with Blue Ivy Carter in 2011 started to circulate. Some claimed she used a surrogate, others thought she was covering for Jay-Z’s illegitimate child. But Beyonce put the rumors to rest when her 2013 HBO special Life is But a Dream featured photos taken during the pregnancy.

Back in 2016, a seven-minute YouTube video claimed pop star Katy Perry is JonBenet Ramsey. Interest in the unsolved 1996 death of the 6-year-old girl spiked that year thanks to a CBS special, and that also drove interest in this theory. The original video is no longer available, but there are still several videos about it. Needless to say, Perry, who was born six years before JonBenet, is not JonBenet. Is music legend Stevie Wonder really blind? The answer is yes, but there is a theory that he is not. One piece of evidence to prove this is a scene at the end of a 2010 White House performance. Paul McCartney (or not?) knocked over a microphone. Wonder mysteriously catches it. Also, Wonder goes to basketball games. And there is a photo of Wonder taking a photo of Michael Jackson at the Motown museum. Ella Marija Lani Yelich-O’Connor, better known to the world as Lorde, is 21 years old. But ever since she scored a huge hit with “Royals” in 2013, when she was only 17 years old, conspiracy theorists have suggested she is much older. In 2014, it appeared that this was put to bed when Lorde’s birth certificate was published. But questions will remain. Justin Bieber is probably not a lizard, but a video claiming Bieber’s eyes changed when he was in a courtroom in 2014. The video has over 3.7 million views.

Notably, Bieber is not the only person believed to be a reptile. There are hundreds of people who believe the U.S. government is secretly run by lizards.

Khloe Kardashian is not actually a Kardashian, at least according to tabloid rumors and theories from the early part of the decade.

Back in 2012, Jan Ashley, who married Robert Kardashian after Khloe’s father and Kris Jenner divorced, claimed to Star Magazine that Kardashian told her Khloe was not his real kid. Ellen Kardashian, who married Kardashian two months before he died in 2003, claimed Khloe “brought it up all the time.” The theory is that Jenner is her mother, but Kardashian is not her father, which “explains” why she does not look like her other sisters.

One Direction star Louis Tomlinson and Briana Jungwirth welcomed a baby boy, Freddie, in January 2016. However, since Tomlinson has kept his infant out of the public eye, there is a theory that the baby was never born. So did Tomlinson just pose with a fake baby in a February 2016 Instagram photo? That’s what the theory claims.

In “Look What You Made Me Do,” Taylor Swift sings, “I’m sorry, but the old Taylor can’t come to the phone right now. Why? Oh, ’cause she’s dead.” Was she being literal when she said that? There’s a theory she was. She must have then been replaced by an awfully good copycat. 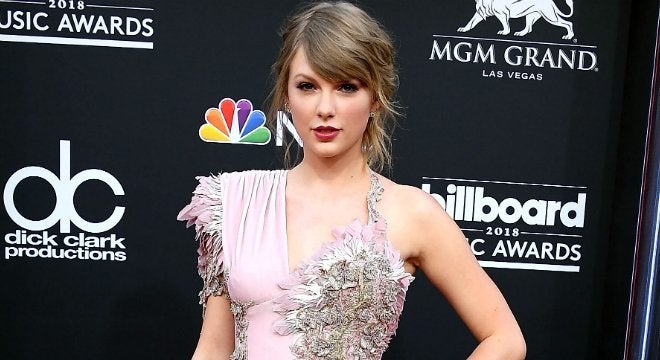